What Does an Inverter Do? 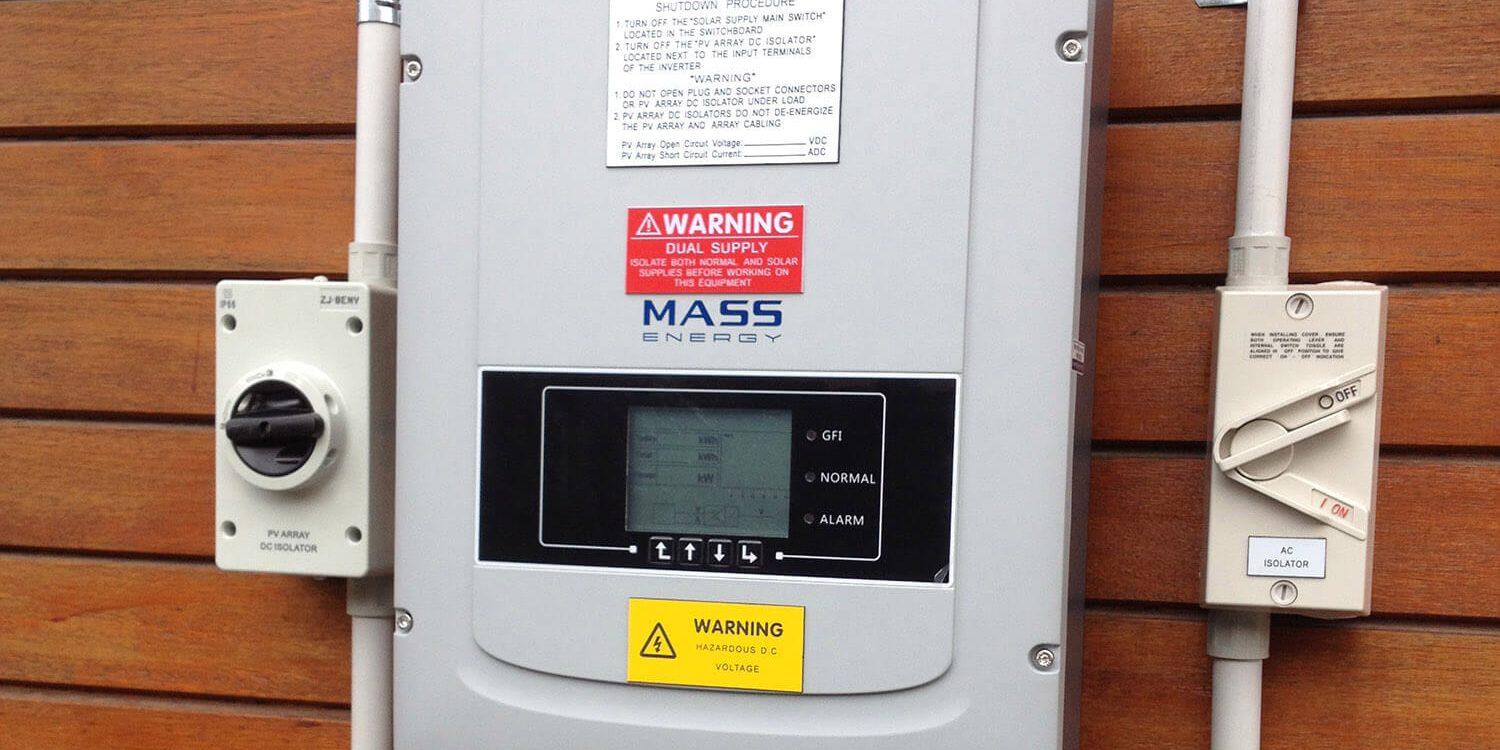 We’ve all heard of inverters and we know that they’re vital if your solar energy is to be used in your domestic appliances. However, not many people outside the industry actually know what an inverter does and why.

So, the sun shines onto your photovoltaic (or solar) cells and creates electricity. It does this by shining onto the cells’ semiconductor layers, which are made of either crystalline silicon or gallium arsenide.

The semiconductor layers combine both positive and negative layers and these layers are joined by junctions. When sunlight hits the panels, the semiconductors absorb the light, transferring the energy to the cell. This energy knocks electrons out of their atomic orbits and the move from one layer to another, creating a current. This current is a direct current (DC) and it either goes into a battery for storage or through an inverter for immediate use.

Your household appliances need alternating current or AC to operate, so if your solar electricity is coming in as DC, it needs to be changed. Your inverter essentially runs the DC through a transformer and fools it into believing (as it were) that it’s getting AC by making the electricity behave as though it’s AC. It does this by feeding two lots of DC through two transistors that are rapidly turned on and off in an alternating pattern. This makes the current “look” as though it’s a wave.

A sine wave, in fact

The electricity coming from your PV panels is more like a straight line, whereas AC looks like a wave if it’s plotted on an X-Y graph. These waves rise from 0 to a positive point, then back down again, through 0 to a negative point over and over again. One movement through these energy levels is known as a cycle or a Hertz and the sine waves of AC are 60 Hertz per second.

The AC from a grid supplier is a true sine wave because it moves up and down through its cycles in a wave-like, arced manner. Some inverters produce pure sine waves and these tend to be the more expensive models, but they are better for a household hoping to run most of their appliances on solar.

Cheaper inverters can’t produce these true sine waves, producing modified or stepped waves instead. These inverters often can’t run high-demand appliances like washing machines efficiently, so it’s always best to make that extra initial outlay on your inverter if you can.